Email address for updates. My profile My library Metrics Alerts.


Sign in. Get my own profile Cited by View all All Since Citations h-index 15 12 iindex 17 Reader in Social Anthropology, University of Cambridge. Articles Cited by. 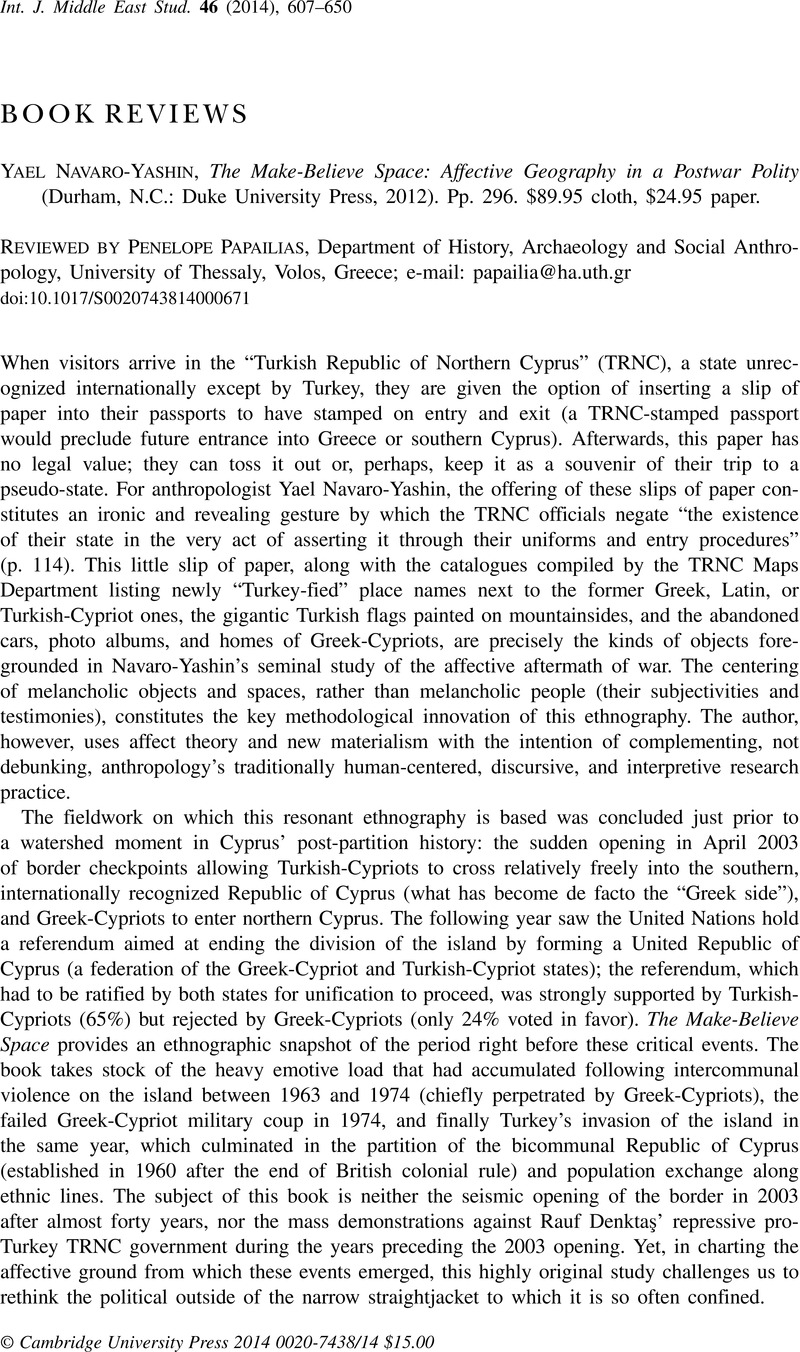 Journal of the Royal Anthropological Institute 15 1 , , Fragments of culture: The everyday of modern Turkey, , Divided Cyprus: Modernity, history, and an island in conflict, , Istanbul: between the global and the local, 59 , Human rights in global perspective. Articles 1—20 Show more.

Challenging the boundaries between competing theoretical orientations, Navaro-Yashin crafts a methodology for the study of subjectivity and affect, and materiality and the phantasmatic, in tandem. In the process, she creates a subtle and nuanced ethnography of life in the long-term aftermath of war. REVIEWS "An unforgettable ethnography of a nation-state whose special status sharpens our eyes to the make-believe quality of every state.

Yael Navaro-Yashin's evocative writing brings to life the scarred landscapes of Northern Cyprus and the affective worlds of Turkish-Cypriots who inhabit them—uncomfortable with 'looted' and abandoned objects, melancholic about the ruins of war and the ghostly Greek presence, and cynical about the banal apparatus of the state, whether its documents, laws, or occupations.

Intimate conversations with philosophers and theorists weave in and out of profound ruminations on the details of people's interactions with their pregnant material worlds in this unique study that reveals anthropology's incisive beauty.

The Make-Believe Space : Affective Geography in a Postwar Polity

In her insightful account of Northern Cyprus as 'make-believe' space, Yael Navaro-Yashin traces the diverse practices—imaginative, material, and affective—that craft this de facto polity, both as fantasy and as tangible truth. In the process, she offers profound insight into what it is that makes nation-states believable everywhere. Spatial Transformation 1. The Materiality of Sovereignty 37 2.